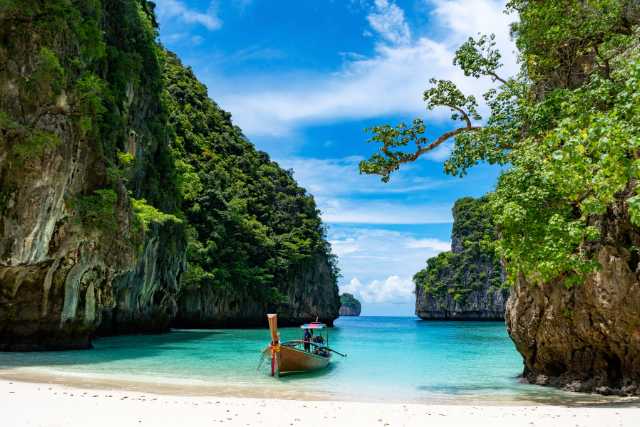 Thailand is the one of the most popular tourist place in Southeast Asia. With its stunning beaches, vibrant culture, delicious cuisine, and friendly people, it's no wonder why tourists from around the world flock to this vibrant country. From the bustling streets of Bangkok to the idyllic islands of Phuket and Koh Samui, Thailand offers something for everyone. Whether you're looking for adventure, relaxation, or an opportunity to explore a new culture, Thailand is a great destination for your next holiday. Popular activities in Thailand include beach-hopping, diving, jungle trekking, and visiting temples. The country's many national parks are great for exploring unique wildlife and scenery. Additionally, Thailand is home to some of the best markets, nightlife, and shopping in Southeast Asia. With its delicious cuisine, welcoming locals, and endless attractions, Thailand is a great destination for any traveler. 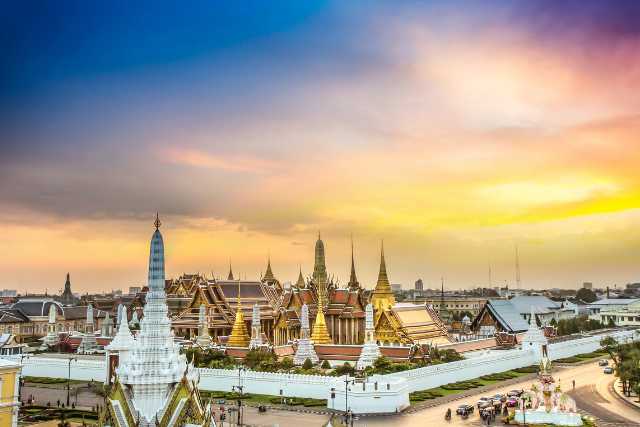 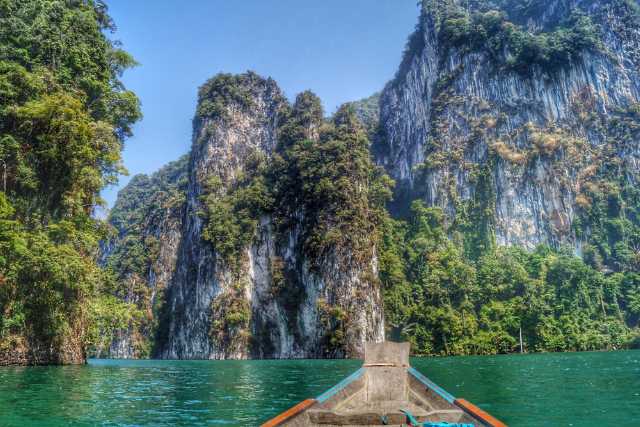 It is one of the oldest evergreen rainforests in the world and is home to numerous endangered species. The park offers a variety of activities including trekking, wildlife viewing, cave exploration, canoeing, and rafting. Khao Sok National Park covers an area of 739 km² and features a wide variety of flora and fauna. The park is home to a number of endangered species, such as the Asian elephant, Malayan tapir, and Siamese crocodile. It also features over 200 species of birds and a large variety of amphibians, reptiles, and mammals. Khao Sok National Park is also home to a number of spectacular limestone karsts, as well as numerous caves and waterfalls. The park is also home to Cheow Lan Lake, a large artificial lake that was created in 1982. Visitors can explore the lake by boat or kayak, or take a guided tour of the lake's many islands. Khao Sok National Park is a popular destination for nature lovers and is one of the most visited national parks in Thailand. The park is open year-round, and visitors can enjoy activities such as trekking, camping, bird watching, and wildlife viewing. The park is also home to a number of accommodation options, from basic bungalows to luxury villas. 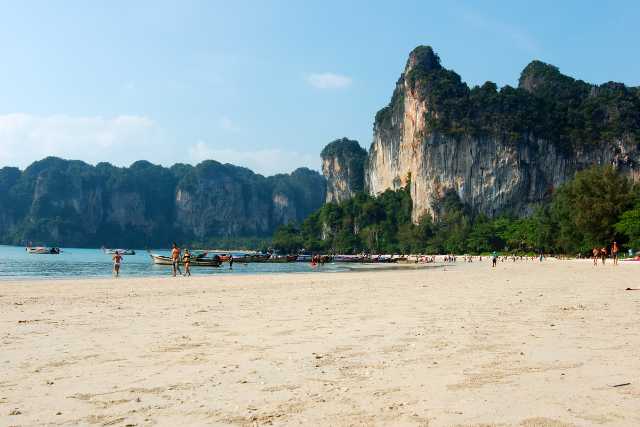 Railay Beach is a small peninsula located between the city of Krabi and Ao Nang in southern Thailand. These cliffs attract rock climbers from all over the world. The beach is known for its white sand and crystal clear waters, making it a popular destination for tourists. There are many activities to do here such as kayaking, snorkeling, and rock climbing. There are also plenty of restaurants and bars to explore in the area. Accommodation is available in the form of resorts, bungalows, and hotels. The prices vary depending on the type of accommodation, but many of the resorts offer packages with activities included. Railay Beach is a great destination for those looking for some peace and quiet, as well as for those looking for adventure. There is something for everyone here and it is a great place to explore Thailand's beauty. 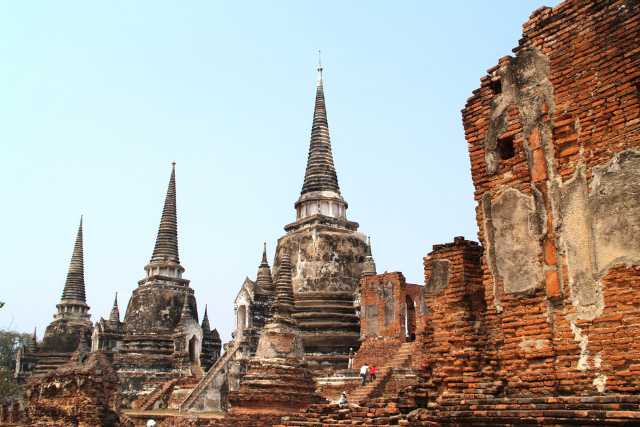 Ayutthaya is an ancient city located in central Thailand. It was once the capital of the Siamese kingdom, and it features beautiful ruins, temples, and palaces. It served as the second capital of the Siamese Kingdom from 1350 to 1767 and is today a UNESCO World Heritage Site. The city is known for its well-preserved ruins, which contain many ancient temples, palaces and other structures. Ayutthaya is also home to a number of museums, including the Ayutthaya Historical Study Center and the Ayutthaya World Heritage Information Center. The ruins of Ayutthaya are a popular tourist attraction, with many visitors coming to explore the ancient city. 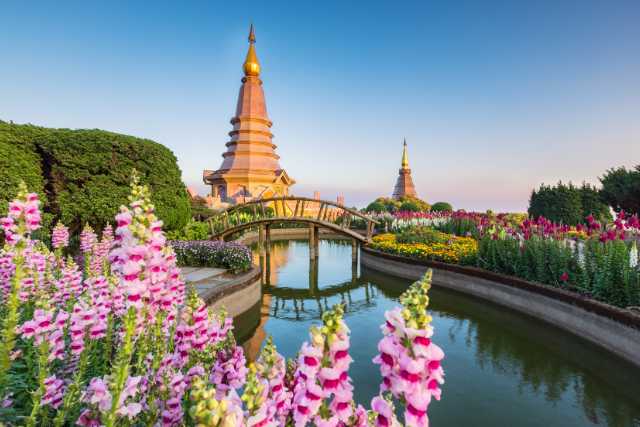 It is located in the mountainous northern part of the country, about 700 km (435 mi) north of Bangkok. It is located on a plain at an elevation of 316 m (1,037 ft). The city is surrounded by mountains and dense forests, which give it a temperate climate. Chiang Mai is a popular tourist destination, known for its many historical and cultural attractions. It is home to over 300 Buddhist temples, including Wat Chedi Luang, Wat Phra Singh, and Wat Chiang Man. It is also home to the National Museum, which houses artifacts from the Lanna Kingdom. Other attractions include the Night Bazaar, Doi Suthep-Pui National Park, and the Chiang Mai Zoo. The city is also known for its vibrant nightlife, with many bars, clubs, and restaurants. It is also renowned for its food, including khao soi (a Northern Thai dish of noodles served in coconut milk), sai oua (a type of northern Thai sausage), and kanom jeen (a type of fermented rice noodle). 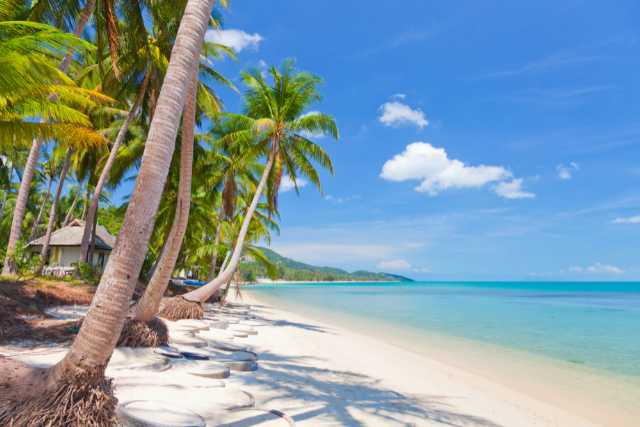 Koh Samui is a tropical island located in the Gulf of Thailand. It is known for its stunning beaches, and it is a popular destination for travelers looking to relax and enjoy the sun. The nightlife in Koh Samui is vibrant and exciting. Most of the clubs, bars, and restaurants on the island offer live entertainment, great food, and a wide range of drinks. Popular venues include the Nikki Beach Club, the Tao Beach Club, and the Reggae Bar. There are also a variety of beach bars and restaurants, offering everything from seafood to traditional Thai dishes. The nightlife in Koh Samui is definitely something to be experienced. 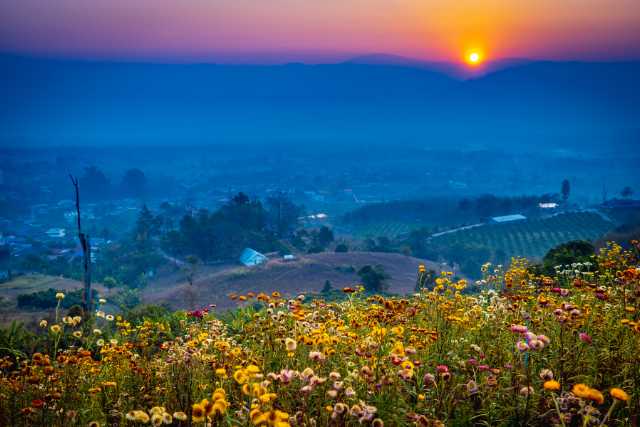 Pai is a small mountain town in northern Thailand, located in the Mae Hong Son Province. The town is situated at the junction of the Pai River and its tributaries and is surrounded by mountains, making it a popular destination for tourists who wish to explore the area's natural beauty. The town is renowned for its vibrant nightlife, with a lively market, plenty of bars, and a range of restaurants. There are many activities to do in Pai, such as visiting the nearby waterfalls, exploring the caves, and taking part in the city's many festivals. Pai is also known for its stunning views and great climate, making it a great place to relax and enjoy the scenery. 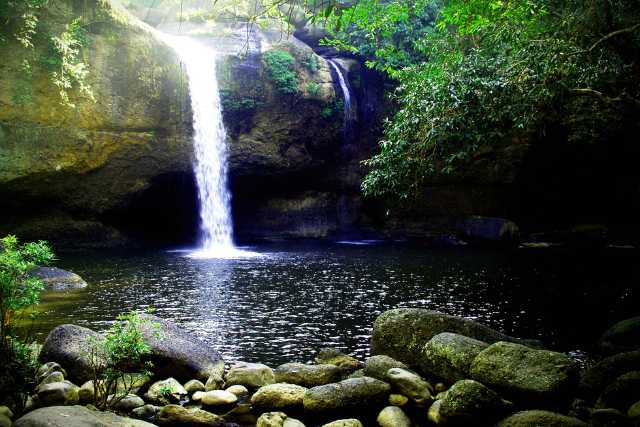 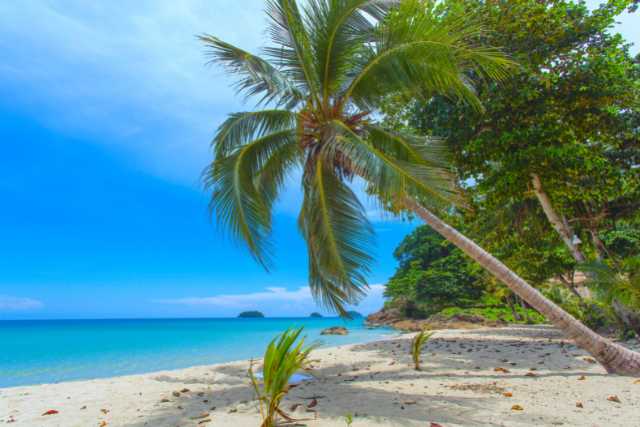 Koh Chang is an island in Thailand located in the Gulf of Thailand. It is the second largest island in the country, after Phuket. Koh Chang is part of Trat Province and is located near the border with Cambodia. This island is also famous for its white sand beaches, clear water, and lush jungle. It is a popular destination for travelers looking to relax, explore nature and take part in water sports. There are plenty of activities on the island such as snorkeling, kayaking, trekking, scuba diving, and fishing. The island also has a range of restaurants, bars, and nightlife venues.` 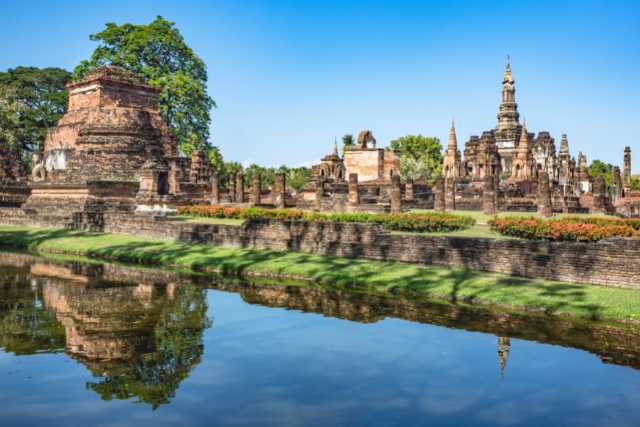 Sukhothai information. Sukhothai is a city in north-central Thailand, located in the Sukhothai Province. It is the former capital of the Sukhothai Kingdom, which ruled much of the Thai Peninsula during the 13th and 14th centuries. Located near the modern-day city of Sukhothai, the remains of the ancient city of Sukhothai are now a UNESCO World Heritage Site. Sukhothai is renowned for its temples, which feature a unique style of Buddhist architecture. The city is also home to the Sukhothai Historical Park, which contains the remains of more than 30 ancient temples and palaces. In addition, the city is a popular destination for its numerous hot springs, waterfalls, and scenic lakes. Sukhothai is located in the heart of Thailand, about 400 km north of Bangkok. The closest airport to Sukhothai is Phitsanulok Airport, located about 100 km away. Sukhothai is easily accessible by bus or trains from Bangkok and other major Thai cities.

Click here to Book your Flight with the Hotel at the Best Price.